10 Things You Can Do To Protect Your Earth Right Now

To protect our health, we have to protect the Earth. On this International Earth Day (April 22) we must stop and really think about concrete actions we can take to start protecting our planet.

The scientific and political arguments surrounding the health of our planet can make the whole topic seem beyond the grasp of the individual. How fast is the climate changing? Exactly what effect do humans have? And what will governments do about it? How we treat Earth also involves trillions of little decisions by billions of individuals.

But making a difference is easier than you might think. Here are ten things you can do today to help protect our planet.

If you really want to have an impact on this planet, the first thing you can do is stop eating meat, dairy, fish.

And if you need a little push, just watch Seaspiracy and Cowspiracy on Netflix.

Eating vegan means playing your part in protecting the natural habitats of animals we share the planet with. If we all stopped eating meat and dairy, global farmland use could be reduced by 75%.

Now think of emissions. Cows alone produce more than 560 billion litres of methane per day. Over 15,000 litres of water are needed to produce 1 kilogram of beef. And raising cows for milk requires 72% more water than is used to produce soya milk. By eating vegan, we reduce our water footprint by nearly 60%.

Animal agriculture is responsible for about 14.5% of greenhouse-gas emissions globally – which, by some estimates, is more than the combined emissions from all forms of transportation.

How about helping to fight global hunger? Each year, 760 million tonnes of grain are fed to animals on factory farms. If the grain were used to feed humans directly, instead of being funneled through animals, there would be more than enough food for everyone.

But let’s talk about industrial fishing. Discarded plastic fishing gear accounts for most ocean debris and is killing whales and other animals.

The oceans will be emptied of fish in 27 years. Farmed fish are disease-ridden, pollution-creating and resource-intensive.

And don’t get too relaxed when you hear “sustainable seafood”. This is a myth because no one can actually control what they are really fishing. Watch the documentary to see why.

Even if you’re not willing to give up fish entirely, you can diversify your protein just like you may do with your dairy. (Oat milk latte, anyone?) There are now some incredibly tasty and healthy options that leave fish in the water like the vegan tuna by Good Catch. You can find it at Whole Foods in the tuna section and it tastes just like the real thing. There’s another exciting trend, too, which is cell-based fish. This uses the cells of animals to then grow the protein without the animal. San Diego-based BlueNalu is working on creating fish from cells. Not ready for market yet, but keep an eye out, it will be there soon.

While single-use plastic seems insignificant compared with the fishing industry’s impact, it still matters. Whales still wash up on shores with bellies full of plastic. Recent research found the deepest reaches of the oceans are awash in plastic. Plastics aren’t just detrimental to marine life, either. They change the acidity of the oceans, which impacts their ability to sequester carbon. Quitting our plastic addiction is as important as ever. Switch to reusable and get in the habit of bringing your own straws, cutlery, and water bottles when you travel.

One of our favorite representatives of how a plastic-free life is not just possible but also the best decision you can make is Kate Nelson (@plastifreemermaid). Sign up for her newsletter to start eliminating plastic from your house today! She has lots of video tutorials on amazing DIY skincare and wellness products as well. Just follow her.

The only way to do something about a problem is to know it exists. Whether that’s watching more documentaries, reading more books, signing up for newsletters, or getting involved with a local organization, the more you know, the more you can help make a difference.

Before you choose to donate, research on that organization because lots of no-profit organizations are made of those same companies who are the most responsible of pollution and climate change.

Be aware on products you buy. Ask yourself who made it and how did they produced it.

Just like PETA says, elephants, tigers, and other animals that circuses use to entertain audiences do not stand on their heads, jump through hoops, or balance on pedestals because they want to. They perform these and other difficult tricks because they’re afraid of what will happen if they don’t.

Animals in circuses perform confusing and physically demanding tricks, trainers use bullhooks, whips, tight collars, muzzles, electric prods, and other painful tools of the trade. Frustrated by years of beatings and confinement, many of them snap—countless animals, trainers, and members of the public have been injured and even killed.

Animals held captive at marine parks or in aquariums don’t fare much better. In captivity, orcas and other dolphins swim in endless circles in tanks that, to them, are the equivalent of bathtubs, and they’re denied the opportunity to engage in almost any natural behavior. Instead, some are forced to perform meaningless tricks. Most die far short of their natural life expectancy.

If you love animals, the best way to show that is by not visiting them in these places. Get yourself a scuba diving license, or save some money for a Safari, and watch real animal life.

6. Clean up your beaches

It’s been a long year stuck at home. So make those outings matter. Whether you attend organized beach clean-ups or just get in the habit of picking up plastic (and any!) waste on the beaches, you’ll soon find it’s a hard habit to break. Putting trash and recycling where they belong is one of the easiest ways to help keep trash out of the oceans. Imagine the impact if every beachgoer did this!

We are organizing the Monopoli’s beaches clean up (into and outside water) this year and anyone can join. Sign un to our newsletter to know more. Ad if you don’t live here, remember, research is key. Find out what you can do to actually keep the place you live in clean.

7. Get politically active and vote

Although it’s important to take action to reduce our individual carbon footprints, we also need to focus on changing the larger system. That’s where we have the greatest opportunity to reduce emissions.

Vote for leaders at all levels of government who take climate change seriously. They should commit to setting science-based targets to reduce harmful carbon emissions, implementing clear plans to reach those targets, adapting to climate change, and shifting to a clean-energy economy.

Make sure you are registered to vote and then get informed for all elections — not just the ones that get the most media attention. Candidates’ positions on climate change vary widely, so research the parties, ask questions about climate change at town halls or debates and let your candidates know you are voting for the climate. Know that your vote really matters.

When it comes to the environment, Italy is a notorious laggard. The country is one of the most frequent recipients of infringement action for its violations of EU environmental law. Italy’s new technocratic prime minister Mario Draghi has put physicist Roberto Cingolani in charge of a new ministry for the ecological transition. But have you checked on him? What will he actually do for our country?

Solving climate change requires us all to work together. We can’t do that without finding common ground with those who may not share our perspective.

Since people often trust peers, family members and loved ones more than they trust experts, scientists, and environmental organizations, you can talk to people about climate change in ways we can’t. You are more likely to open people’s minds.

Instead of simply talking about the facts of climate change, I think we need to start having better, more productive, more hopeful conversations about climate change, which leave us feeling educated and informed, as well as solution-focused. We need to get excited to actually go and do something about climate change. Otherwise, we’ll have a population in a collective anxious mess on our hands, and then there’s absolutely no way we’ll manage to tackle climate change.

9. Know what you wear

There are an estimated 21 million to 45 million people trapped in some form of slavery today. It’s sometimes called “Modern-Day Slavery” and sometimes “Human Trafficking.” At all times it is slavery at its core.

Common forms of forced labour can be found in under-regulated or labour-intensive industries, such as agriculture and fisheries, construction, manufacturing, domestic work, and the sex industry. ILO highlighted some of the brutal conditions under which people are made to work in the fisheries industry.

But fashion industry does its part too. Globalization, fast fashion, economies of scale, social media and offshore production have created a perfect storm for cheap, easy and abundant fashion consumption. And there are few signs of it slowing down: clothing production has nearly doubled in the last 15 years.

Fashion is rife with gender inequality, environmental degradation and human rights abuses — all of which are intrinsically interconnected. Colonialism and enviromental racism must be addressed if we are to tackle climate change, gender inequality, environmental degradation and human rights abuses. The poorest people on the planet and their cheap labour are exploited to make fashion clothing. These workers are the ones who work overtime without pay and return home to contaminated toxic waterways from the factories. They suffer from diseases caused by living in devastatingly polluted areas.

Always ask: who made my clothes? Wear what you have, find alternative ways to be fashionable, build a personal style! Support ethical producers, but only if you need something. But most of all remember: vintage is always in. Buy second-hand fashion!

This may sound simple, but it takes less energy to manufacture a recycled product than a brand new one. So if you and every other consumer buy recycled, you’ll help create a market, and conserve energy along the way.

Because many manufacturers don’t go out of their way to tout their recycled products, you should know that aluminum and tin cans, glass containers, and pulp cardboard have a fair amount of recycled content. So buy away!

Finally, before you buy, check to see if the product or its packaging can be recycled. The recyclable logo (three arrows forming a triangle) is fairly common now. 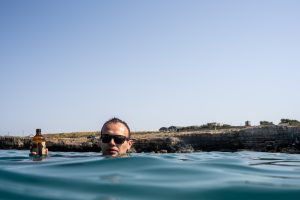 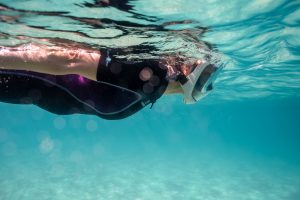 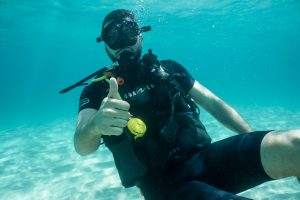